Donkey-hide gelatin or ass-hide glue is gelatin obtained from the skin of the donkey by soaking and stewing. It is used as an ingredient in the traditional medicine of China, where it is called ejiao.

While researching donkeys I stumbled across information about the hide trade. 5 million donkeys per year, many of which are stolen, are slaughtered for their hides to make health and beauty products. Once I became aware of the treatment of these animals I could not let it go. Finding donkey hide gelatin available online for shipping to the Netherlands apalled me and I used the ads for painting on. In the large painting below, the Chinese characters stand for Ejiao.

"In the 21st century, ejiao manufacturers experience problems with the supply of genuine donkey hides, as fewer people raise these animals these days. The decreasing supply combined with strong demand for ejiao has led to greatly increased prices for donkey hides in China.

... In the mid-2010s, donkey prices in many places around the world began to rise sharply amid Chinese herbalism demands. Uganda, Tanzania, Botswana, Niger, Burkina Faso, Mali, and Senegal have banned donkey exports to China. In November 2017, eyewitness footage showing baby donkeys being bludgeoned to death with sledgehammers or killed by having their throats cut was released by PETA Asia. In November 2019, The Donkey Sanctuary reported that 4.8 million donkey hides were required to satisfy the global demand for ejiao, resulting in steep declines of donkey populations around the world. Donkey populations are declining in the NorthEast of Brazil, due to Chinese demand." 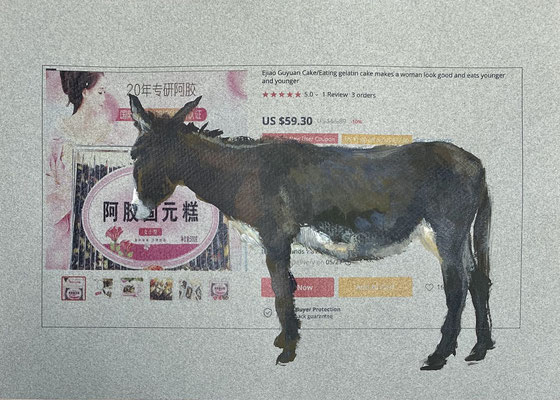 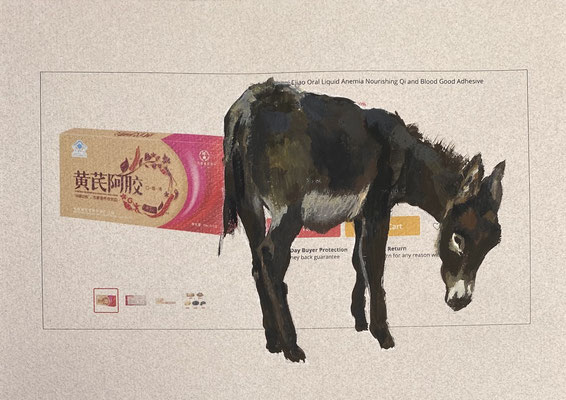 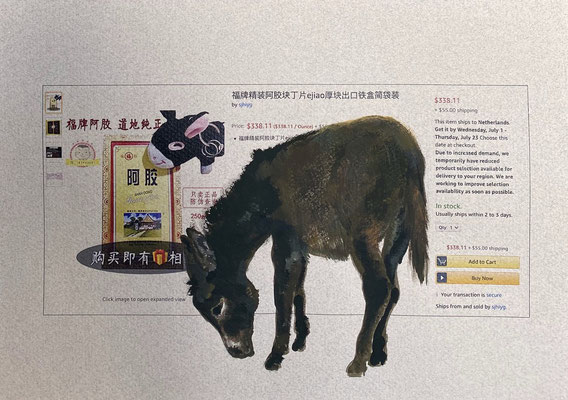 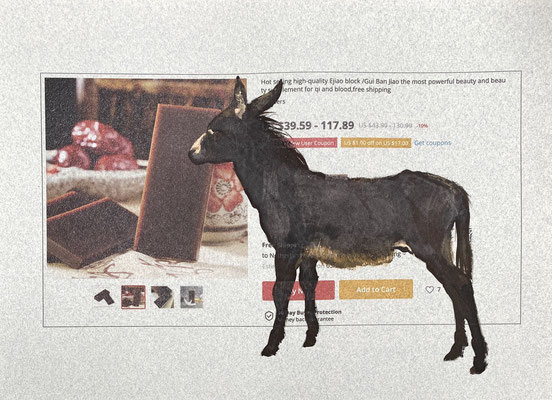 I found these ads on Amazon and Alibaba, printed them on A4 paper and painted donkeys in gouache over them. 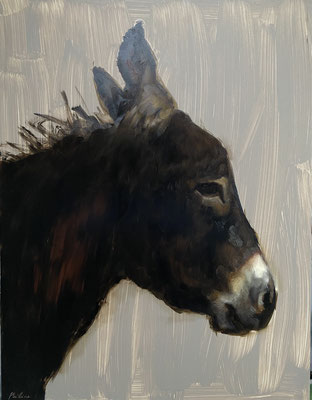 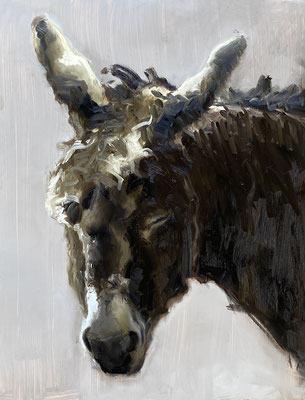 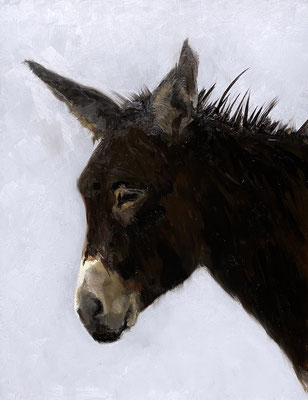 Donkey faces I painted as if they were portraits, oil on wood 65x50cm

For a more laid back version you can subscribe to the newsletter, which I send about 4 times per year in English and in Dutch. See the newsletter archive here.